The KICKSTARTER is LIVE!

Get the Quickstart NOW! 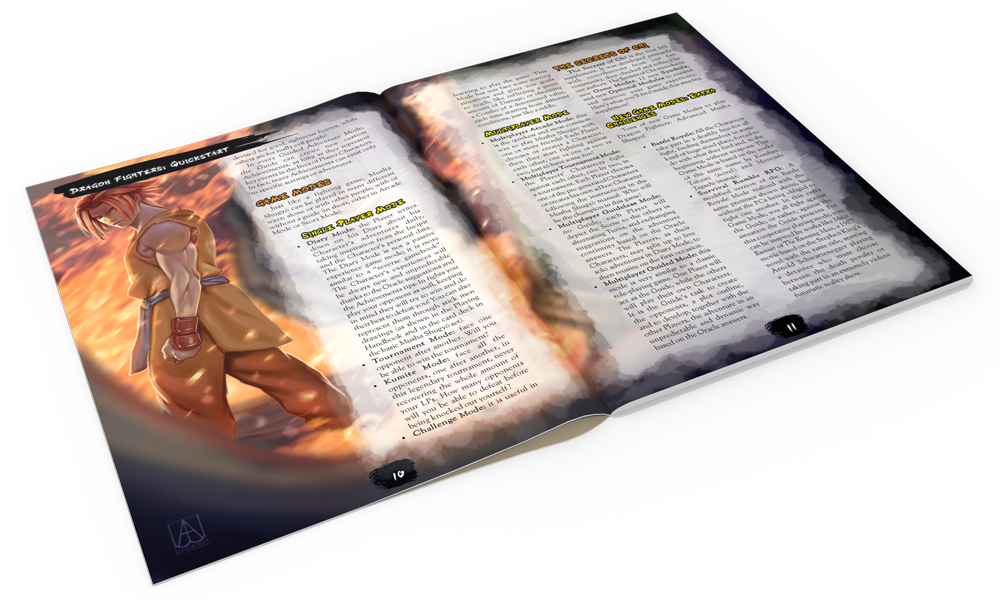 Dragon Fighters is the tabletop Fighting Game that will entertain you for hours of gameplay packed with action, combos, Special and Super Moves! 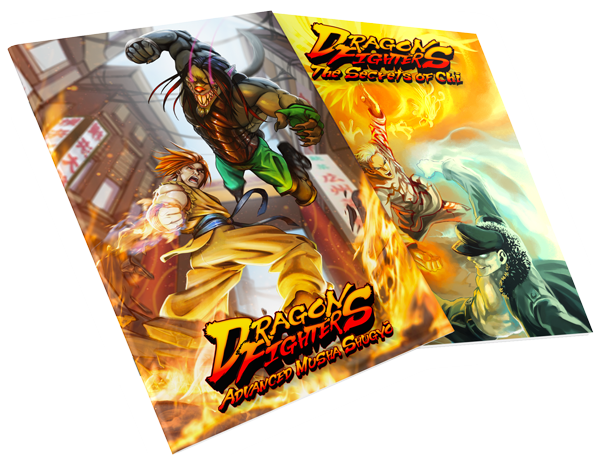 We’ll publish Dragon Fighters thanks to a Kickstarter full of Extra Modules, Setting Packs, and exclusive contents that will be released only for you Backers on April 30, 2020! The Secrets of Chi, the first official supplement for Dragon Fighters, will be included in this Kickstarter too. The Secrets of Chi introduces new Game Modes, 13 new Symbols, and new Optional Modules to expand and improve your game experience.

In Dragon Fighters – Advanced Musha Shugyo, you play the role of an extremely skilled martial artist traveling in a restless search to improve their fighting style and their control over their inner energy… their Chi. After years of fights and grueling training, you awoke your Dragon Chi, a legendary energy that only mythical heroes are known to have mastered in the pasts such as saints, demigods, epic champions…

This is a story about your Musha Shugyō, the pilgrimage of the warrior and about how you’ll use your spiritual energy and your superior Martial Arts to change your life… or the world!

This website uses cookies to improve your experience while you navigate through the website. Out of these, the cookies that are categorized as necessary are stored on your browser as they are essential for the working of basic functionalities of the website. We also use third-party cookies that help us analyze and understand how you use this website. These cookies will be stored in your browser only with your consent. You also have the option to opt-out of these cookies. But opting out of some of these cookies may affect your browsing experience.
Necessary Sempre abilitato
Necessary cookies are absolutely essential for the website to function properly. This category only includes cookies that ensures basic functionalities and security features of the website. These cookies do not store any personal information.
Non-necessary
Any cookies that may not be particularly necessary for the website to function and is used specifically to collect user personal data via analytics, ads, other embedded contents are termed as non-necessary cookies. It is mandatory to procure user consent prior to running these cookies on your website.
ACCETTA E SALVA
%d blogger hanno fatto clic su Mi Piace per questo: